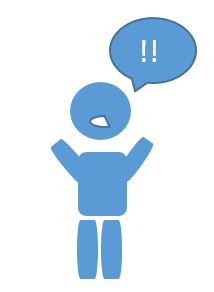 You need to know if the argument is valid or reasonable and you can do this but asking a few questions that will help to evaluate the argument.

Does the argument clearly state the conclusion or contention? Does it fit within the context of the argument?

Are the reasons supporting or objecting to the argument valid and are they supported by reliable evidence?

Are the objects to the conclusion clear and does the evidence back up the objection?

Are there any logical fallacies in the argument?

A fallacy is a flawed reason within an argument that can weaken or make an argument invalid.  Fallacies are not always easy to identify and some can obvious and can be used to ignore or even falsify claims made in an argument.

There are many types of fallacies so it is a good idea to have an understanding of some of the basic fallacies that can be used in an argument.

Ad hominem fallacies are attacks either directs attacking the person or casting doubt on a person character instead of engaging with the argument being made. The person is subject to personal insults as a way to discredit the argument they are making.

E.g. After Jan has made a compelling case for using sustainable practices in the office, Fred tells others that Jan is an idiot and has no idea what she is talking about.

The slippery slope fallacy moves the attention of the initial argument to a series of events or extreme hypotheticals that tend to have disastrous outcomes. This fallacy has no evidence or justification and is more of an emotional appeal by inciting an irrational fear for an outcome that will most likely never happen.

E.g.  If marijuana is made legal, everyone will use it and then, it will become a gateway drug to heroin and soon everyone will be addicted to heroin.

The bandwagon fallacy is where you are following the consensus that many other people are believing, “jumping on the bandwagon” although just because a belief or claim is popular and followed by others, doesn’t make it true.

E.g. Everyone who is popular is on all the social media sites, if you want to be popular you should be too.

The black and white fallacy occurs within an argument where specific alternatives are given but one or more alternatives have been ignored either by accident or deliberately. People are forced to choose between only the given alternatives.

E.g. Don’t make plans for a picnic tomorrow, it will either be raining or snowing.