"Instead of your voice, raise your reasoning. Flowers bloom becasue of rain, not thunder". - Jalaluddin Rumi. 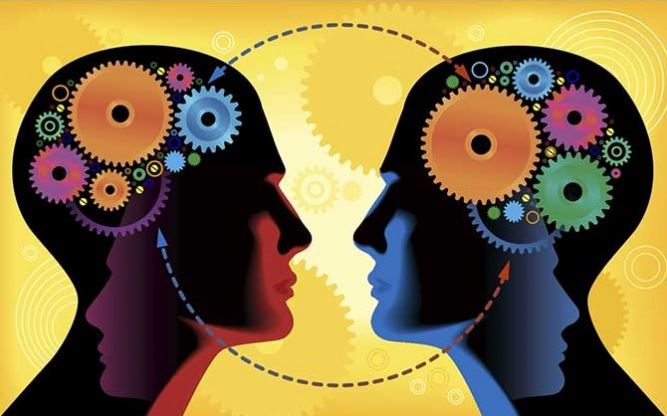 Reasoning is the ability to think logically based on new or existing information by verifying facts, using and applying logic to formulate fair judgments and justify a position.  Reasoning is about being able to identify, analyse and evaluate information and to be able to respond to an argument in an informed manner.

What is an argument?

Most people would suggest that an argument involves emotion and sometimes a volatile situation where people have raised voices and tend to use personal insults towards each other.

Position/Conclusion = the statement which is either true or false.

Where will you find arguments?

The simple answer is everywhere, in all aspects of life, journal articles, newspapers, and social media. Does that mean you should always accept the position of an argument? Of course not!

It is important to look at an argument in depth so you have a clear understanding of the issue and an understanding on the reasoning and the evidence on which the argument is based.  By doing so you will be able to formulate your own informed judgement about an issue or argument.  As part of your studies you will be asked to consider, explore, discuss or examine to answer an assignment task, this will require you to analyse the topic at hand.

Smoking cigarettes can cause cancer. You smoke cigarettes therefore, you might get cancer.

A deductive argument can be made invalid by a false assumption, so it is important to establish the truth of the premise.

An inductive argument takes specific information and makes a generalisation that is considered probable, that if the premises were true that is would be considered unlikely that the conclusion would be false. You are making an information guess based on the data or the information that you have.

However the conclusion of an inductive argument may not be completely guaranteed.

Abductive arguments are based on previous studies and instinctive processes, where the conclusion is the best explanation of the facts that are available.

If children are exposed to violent computer game, they are more likely to exhibit violent behaviour.

The conclusion may not be correct as the context does not provide other factors that could contribute to the behaviour but it is the best conclusion for the information available.

An argument from an analogy is a type of inductive argument where the conclusion is derived from perceived similarities from a similar issue.

Breathing toxic substances can cause cancer. Cigarette smoke is also toxic so it can also be a likely cause of cancer.

Analogy arguments are valid when the two issues are similar, what is true in one is also true in the other.

Provide evidence for your arguments

You will need to be able to back up what you have stated in your arguments, to do that you will need to provide evidence of the any claims that you make. Your evidence can come from many sources, but it is important that your evidence must be reliable and credible or your claims will not be acceptable.

Research studies and Government/Non-Government Reports (Grey literature) – these can include university reports and reports from commercial and private companies. The reports can include statistical and financial data and case studies.

Systematic Reviews and Meta-analysis – these are literature reviews with information that meets a specified criteria. Meta-analysis is the results of the systematic review.

Case Studies – case studies can provide a specific example of an issue; however be sure to analyse the claims from the case study to ensure that the claims can be supported by evidence.

Journal article abstracts will note the point the author is making and provide the reasons and evidence within the paper.

These are the word which indicate where the components of the argument are, they can be sometimes be at the beginning of the sentence or more often located in the middle of the sentence.

Example: John’s restaurant is one of the best in town since it is listed in the best restaurants guide

The title of the paper will usually identify the contention, or it will be in the abstract, the paper introduction or conclusion

The main reasons will usually be within the papers introduction and can also be throughout the paper as sub-headings.

Academic papers will always have evidence to support claims made, such as data, statistics.  They are in the form of tables and graphs, paraphrasing and quotes and the paper will be referenced in-text and contain a reference list.

Below is a visual representation of an argument map.  It shows the structure showing the key elements of an argument and how the reason, objects and rebuttal fit within the argument structure. 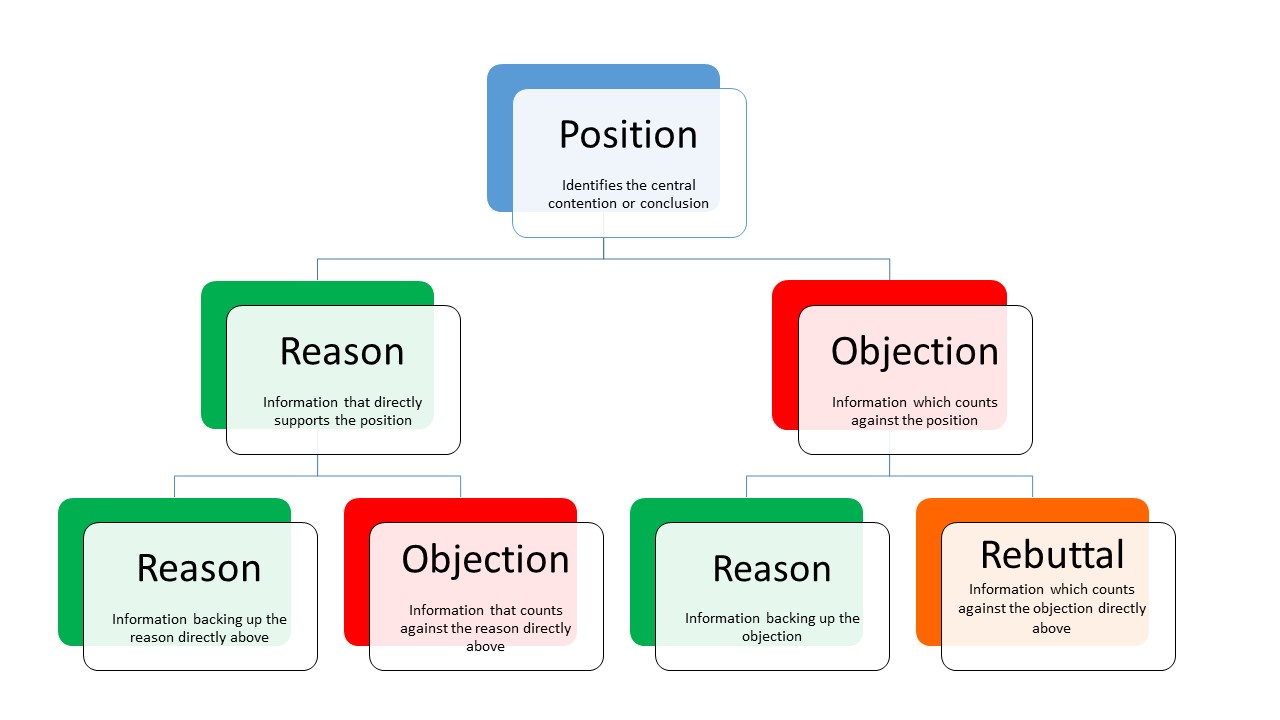