Find out how to recognise primary, secondary and tertiary information sources 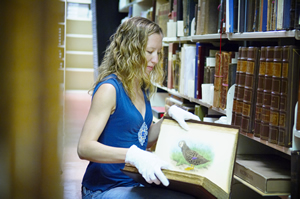 Sources of information are generally categorised as primary, secondary or tertiary depending on their originality and their proximity to the source or origin. For example, scientific information moves through a dissemination cycle. Initially, findings might be communicated informally by email, then presented at meetings before being formally published as a primary source. Once published, they will then be indexed in a bibliographic database, and repackaged and commented upon by others in secondary sources. The designations of primary, secondary and tertiary differ between disciplines or subjects, particularly between what can generally be defined as the sciences and the humanities. Primary sources for critics studying the literature of the Second World War are different from those for a research scientist investigating a new drug for arthritis. The critic's primary sources are the poems, stories, and films of the era. The research scientist's primary sources are the results of laboratory tests and the medical records of patients treated with the drug. You should always check with your lecturer or tutor if in doubt.