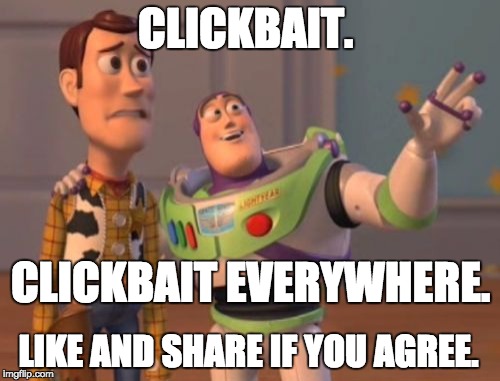 Clickbait is probably the most easily recognisable fake news. Outrageous headlines get readers to click through, only to find that the the story doesn’t live up to the headline's promise. Here’s one recent example from food magazine, Delicious, about McDonald’s no longer serving Big Macs.

The headline clearly indicates that McDonalds is about to stop selling its flagship product, the Big Mac. However, when we actually read the article, we can see that it’s just one McDonald’s outlet in France that is doing this as an experiment with the cafe concept, which they’ve done in other cities around the world:

"In a controversial move by the fast food giant that’s made a name from its famous burger and fries, a new McDonald’s outlet in Paris has wiped its menus clean, replacing burgers for bagels and chips for artisan coffee."

The headline is clearly over the top and misleading, and that’s what makes it clickbait.