News makers/news fakers: What even is fake news? 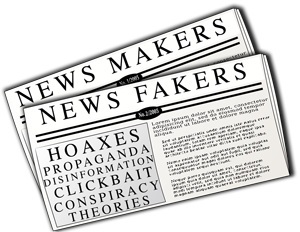 What is fake news?

What even is fake news? And why should we care about it? It's not hurting anyone, is it?

JCU Library and Information Services. (2017) What is fake news and why should I care about it? CC-BY-NC-SA.

Fake news in the news

While things that can be called "fake news" have been around for a long time, the 2016 US Presidential Election really brought it to mainstream attention. Have a look at these videos and news stories to find out how fake news has real impacts, and how news fakers gain by peddling lies.

"It's all over the media!" Trump supporters interviewed on CNN