Koiki passes away after a long illness, just months before the case is decided. Koiki is buried in Townsville, and later reburied on Mer in a traditional burial ceremony.

History is forever changed in Mabo No 2. The High Court rejects the legal doctrine of terra nullius and rules in favour of the Meriam plaintiffs’ ongoing title to their land.

The Minister for Aboriginal and Torres Strait Islander Affairs, Robert Tickner said: “the process of reconciliation has been formulated to keep faith absolutely with Indigenous peoples’ aspirations and to open up the potential for a substantial evolution in Indigenous and non-Indigenous relations” (At the United Nations Working Group on Indigenous Populations in Geneva, 28 July 1992). 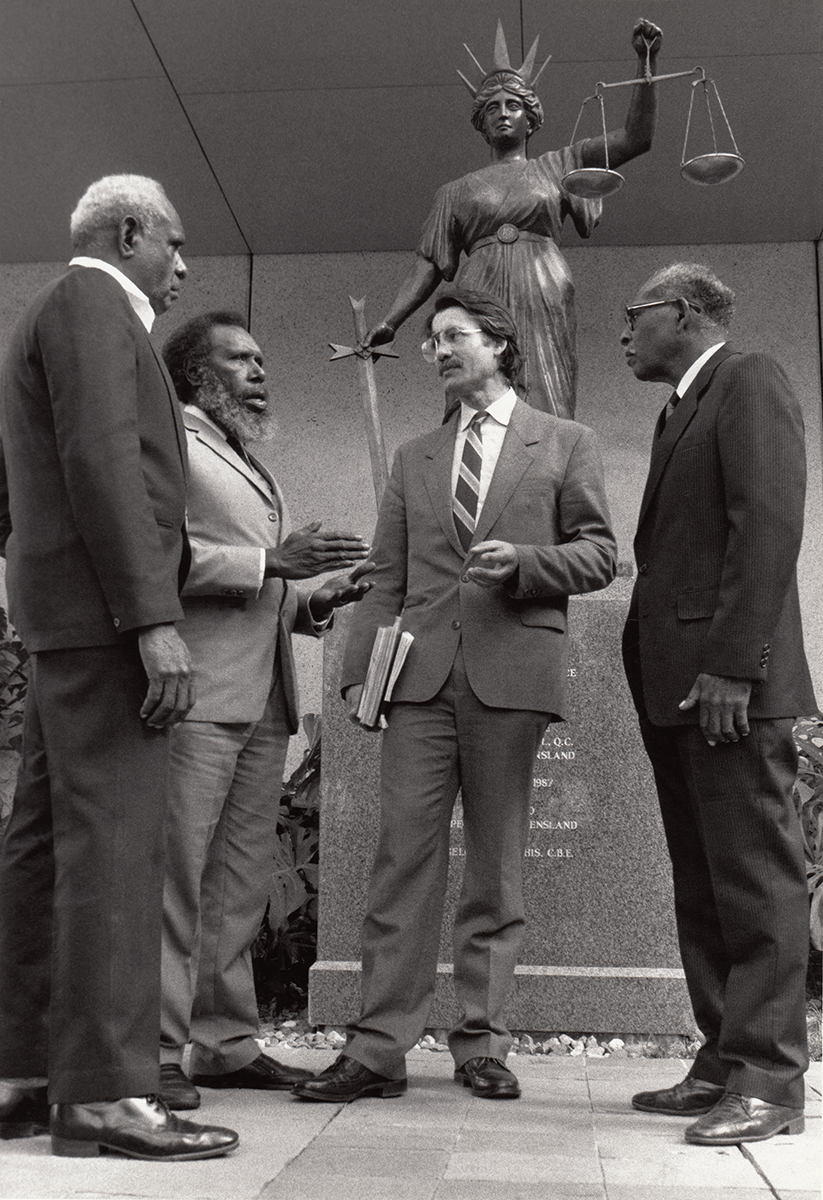 Bryan Keon-Cohen called Mer Island to break the news, "A lady answered the phone, I broke the news to her, she screamed and yelled and threw the phone away and disappeared down the street yelling the news to the community" (Keon-Cohen, as cited in Gordon, 2012, para. 7).

Prime Minister Paul Keating presents the statement at the Australian launch of the International Year for the World's Indigenous People at Redfern. 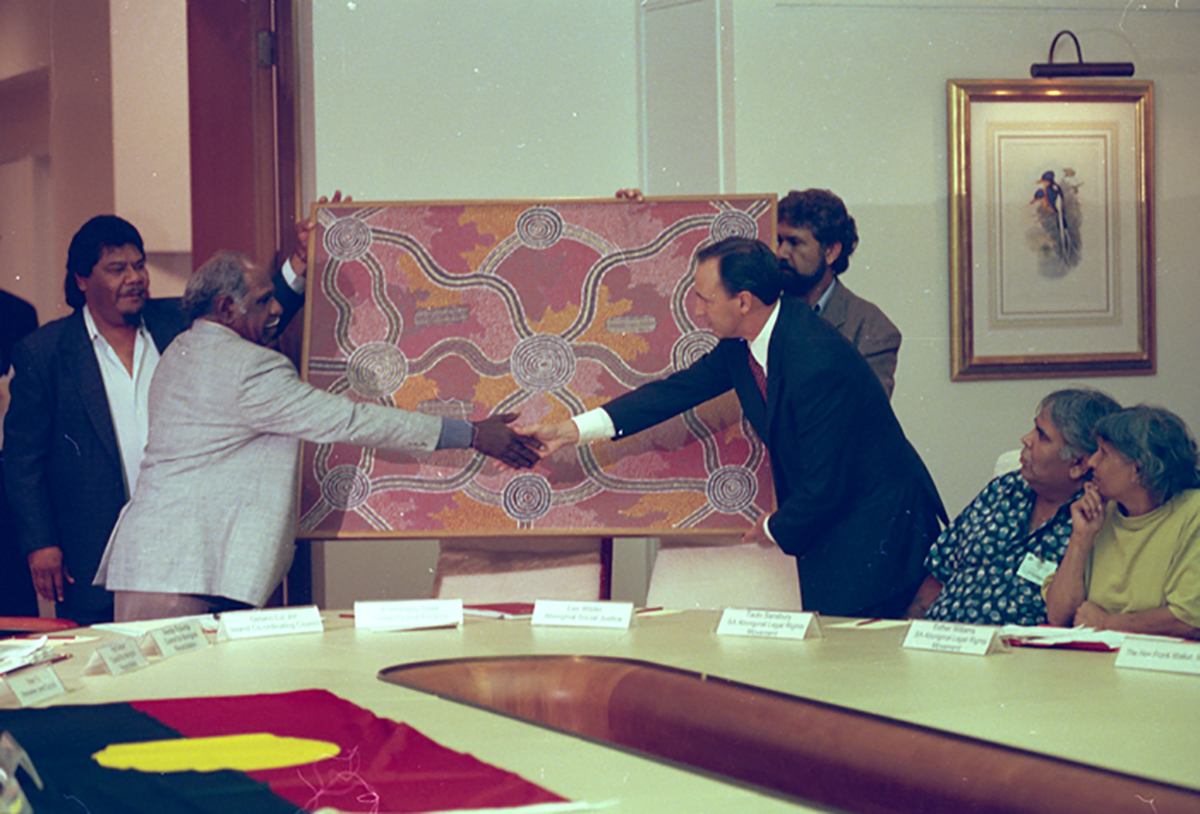 A meeting of Aboriginal representatives, ministers and Prime Minister Paul Keating, 27 April 1993, discussing the Mabo decision.
The painting is a work by Mr W. Rubuntja, who was also present at the meeting
© Courtesy of the National Archives of Australia. NAA: A13966, 930538 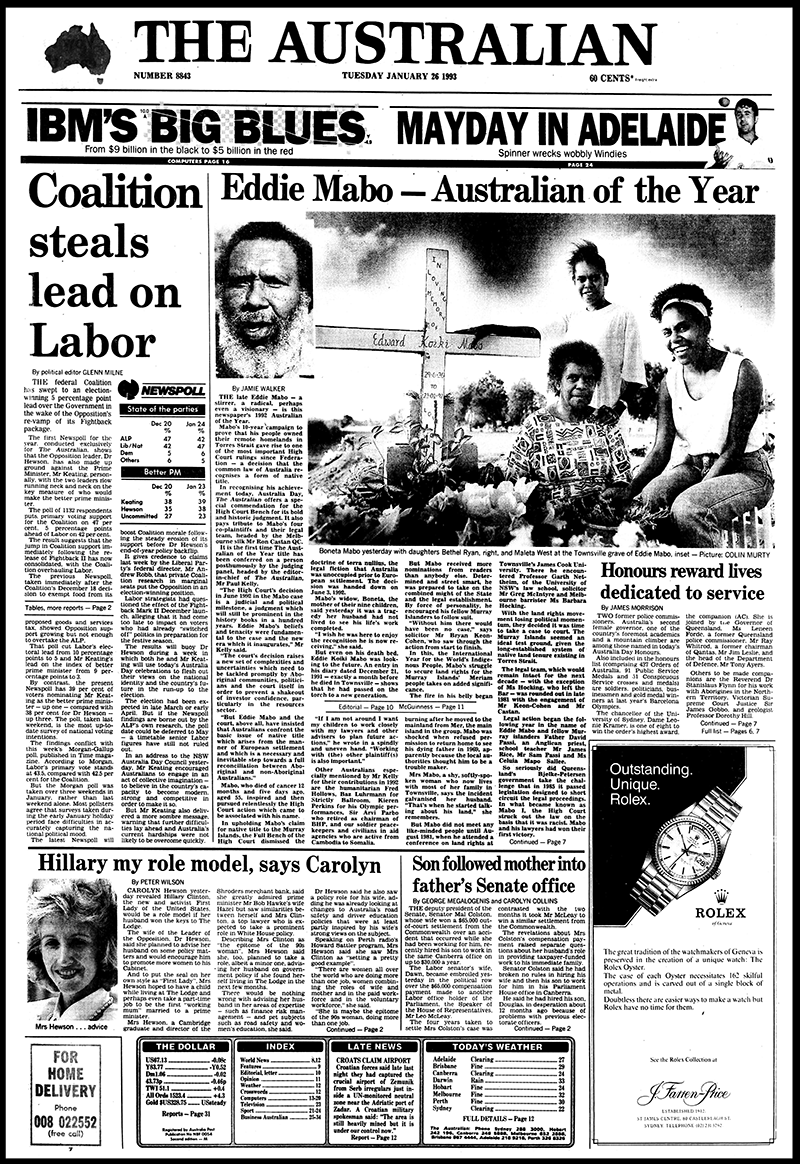 The readership of Australia’s national newspaper names Koiki as the Australian of the Year (1992), recognising the significant impact of his life and work.

The reputation and readership of The Australian newspaper was different to today. The newspaper was widely distributed and read across the country and it was the readership who nominated candidates for the award, with the Editor making the final selection. In the same year Mandawuy Yunupingu,educator and lead singer of acclaimed Australian band Yothu Yindi, was the winner of the award from the National Australia Day Council. Both these men were recognised in a year which was also the United Nations International Year of the World's Indigenous People.