A star is named

On 3 June 2015 (Mabo Day), the Museum of Applied Arts and Sciences dedicated and named a star after Eddie Koiki Mabo in the Sydney Southern Star Catalogue. ​

The naming ceremony took place at Sydney Observatory in NSW. The star sits in both the Southern Cross and in the large constellation Tagai, a massive southern-sky constellation which is of great importance to Torres Strait Islander culture where it is used for nautical navigation. ​ 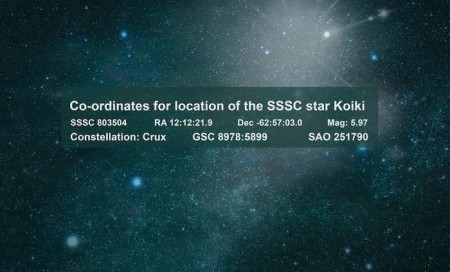 “The stars have great significance for Aboriginal and Torres Strait Islander peoples,” Rose Hiscock, Director of the Museum of Applied Arts and Sciences, told NITV. “It is fitting that we honour Uncle Eddie through the dedication of a star in our most iconic constellation, the Southern Cross.”