The Bindal and Wulgurukaba peoples lodge native title claims for the Townsville area.

Traditional owners and custodians, the Bindal and Wulgurukaba People are the first people to have lived in the Townsville region.

The Wulgurukaba people call their country “Gurambilbarra”.  Wulgurukaba means “canoe people”. An important symbol of the Wulgurukaba people is the carpet snake (python). Wulgurukaba's creation story tells the story of the creation spirit (carpet snake) that comes down from the Herbert River, goes out to sea creating the Hinchinbrook Channel and down to Palm and Magnetic Islands. The snake's body broke up leaving parts along the coast. The tail of the snake is at Halifax Bay, and his body is at Palm Island (Bwgcolman), while his head rests at Arcadia, Magnetic Island (Yunbenun). 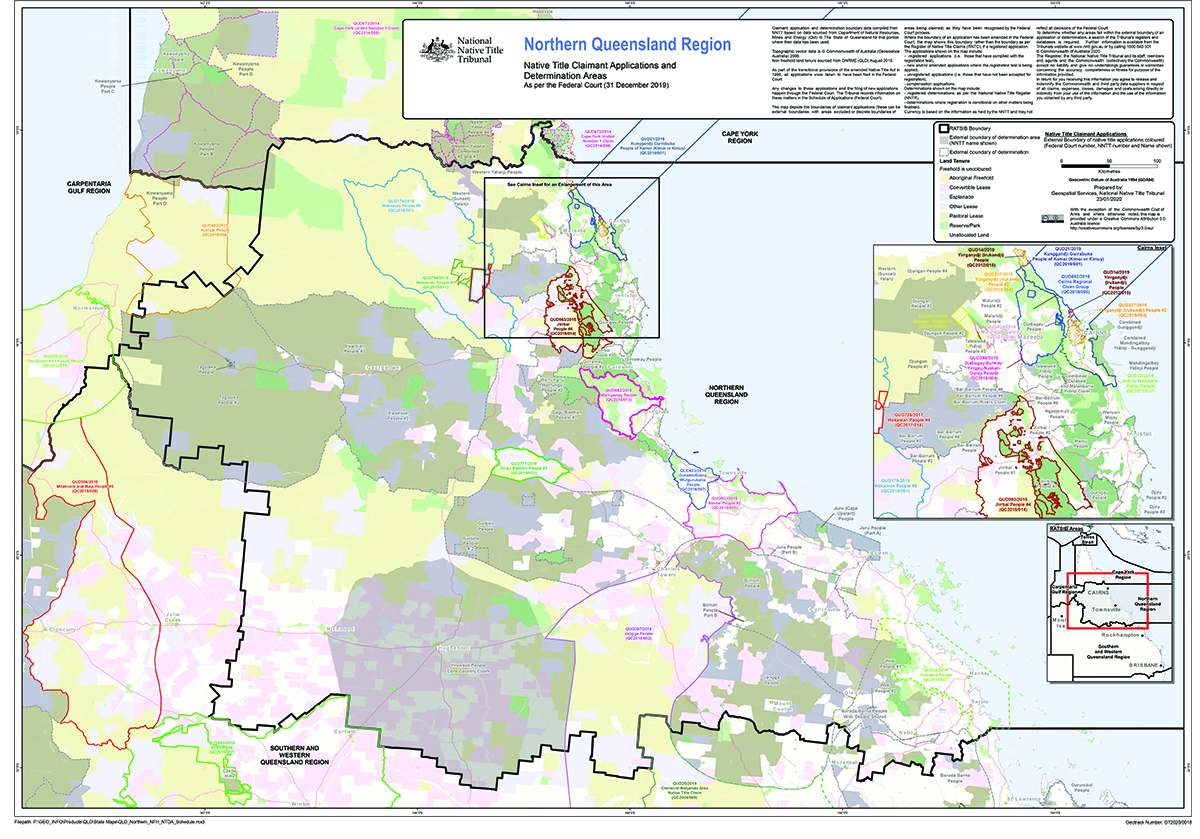 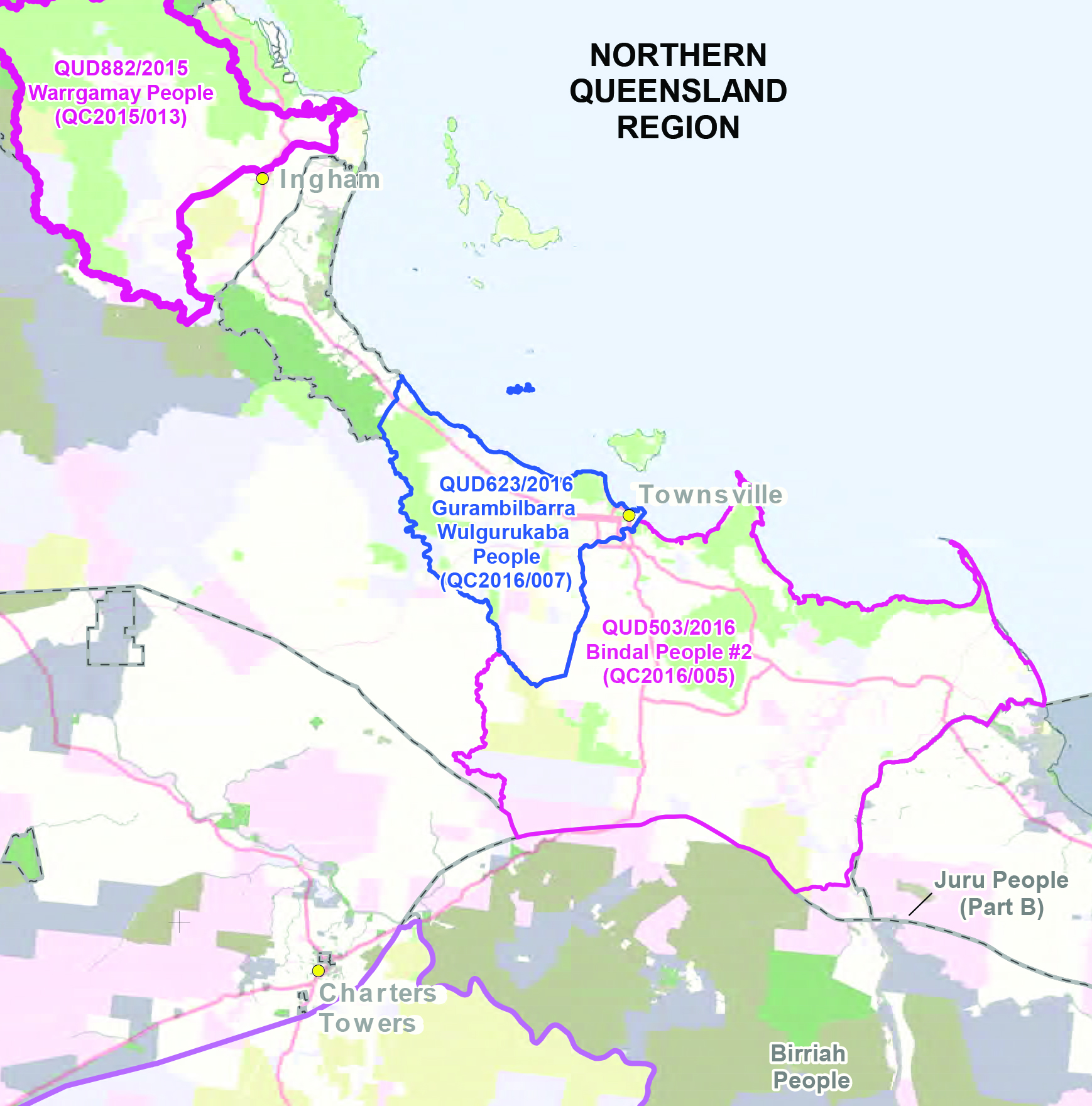